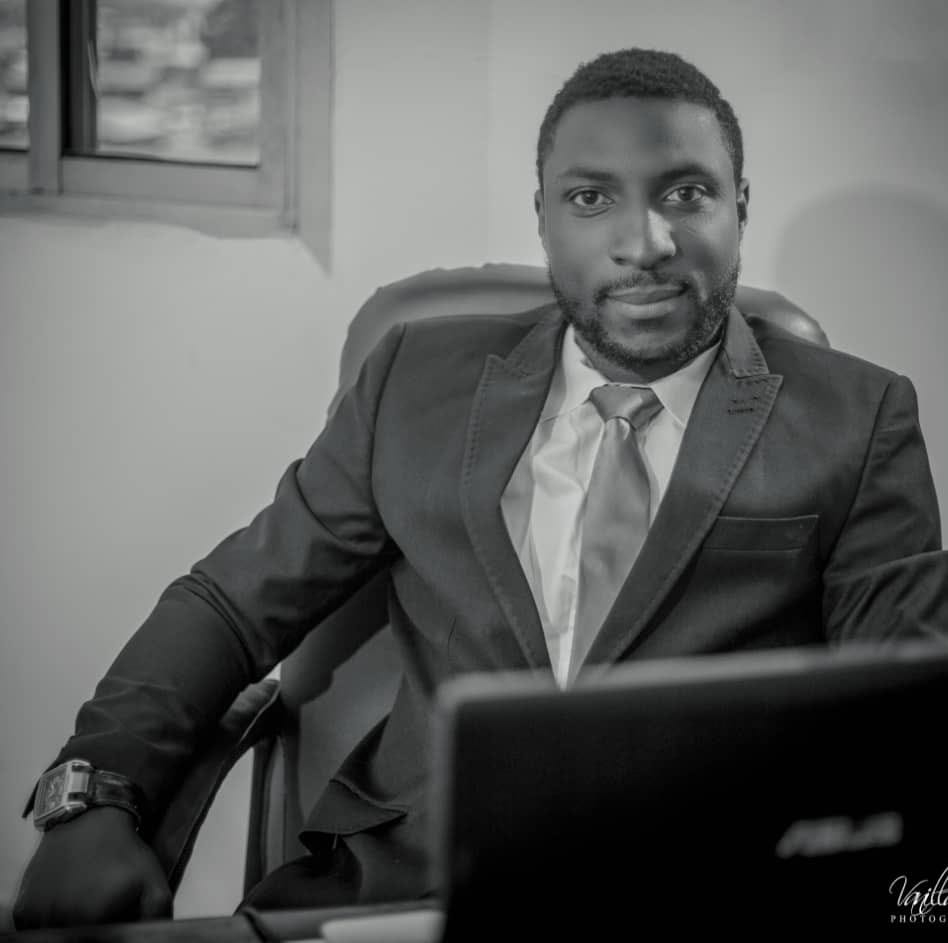 "So let the hate die, make man no cry". At a time when our society has been deeply fragmented by the crisis, this master piece from #MOTTANNI reminds us of the need to foster intercultural ties and build a society which is livable and we can all BREATH and live as a family.

After listening to the poet reside this poem on a set of Bluetooth headphones, there is a lot to say and love about the poem.

Firstly, the soothing background music is a relaxing and calming sound to be listened to. The poet equally calls on the listener to breathe. He says this a number of times, reminding the Abakwa pikin to breathe despite the dust in the air from the stampedes caused by people fleeing from gunshots in our Jamestown. It is generally a poem of hope.

The title of the poem itself takes us back to our origins, our roots, to the good old days when our grandparents used to gather us round the fireside as they resided folktales to us while we roasted corn and plums to serve as our popcorn in our local verbal cinemas. Back then, there was no fear of a stray bullet and the town of Abakwa was not a Jamestown. There might have been the fear of a snake or wild animal, but not the fear of a bullet from a gun whose trigger was pulled by our brother from the same land who just spoke a different language.

Also, the use of Pidgin English makes it more relatable and gives a connection even to a listener who is in a country as far as Australia. It is a sign of the ngrraffi community and it reminds us of our roots if we have forgotten. The poet expresses love and patriotism towards the evidentially falling town of Abakwa. He originates from here and has been through thick and thin on this land and so doesn’t find it easy to just let go of it despite everything going on.

The poet also talks about what I will call the Abakwa Dream, which I will say is our ability to bring light to the town and make it stand like a city on a hill, building it like ancient Babylon from scratch. A town which is now like a woman who has been stripped off her child bearing rights still has hope. We can still look up to the blue sky for a better tomorrow. The poet likens himself to the Son of Man who has come to bring light to the land even though he has a seemingly scary future compared to the comforting past he is used to.

One of the lines that stroke me most was when the poet said “I am not afraid of the danger, I am the danger.” This stroke me because to me we are the danger to ourselves here in Bamenda, we are the cause of our own problems. And that just goes ahead to point out the fact that our own mentality is the intruder and not someone else.

As the poet says when he calls us continuously to breathe, we can get better  despite the battle, we can come out from the fire refined as gold. He ends the poem by reminding the Abakwa pikin to look to the blue sky for hope and help.

As someone who has practically lost hope in the town of Bamenda, this is a relief to me and others who have lost hope. I think what we will become more hopeful when we actually see that the intruder amongst and within us has been eliminated. Only then will we stop being a Jamestown and the Abakwa dream realised.

This poem is very timely and a well-written piece of poetry. Rich in pathos and the colorful use of language by the poet exemplifies the poets love for Bamenda despite the chaotic nature of the events within the city.
However, the rising and falling lyrical nature of the poem which is captured through the poet's vivid use of the AA, bb and ab rhyme schemes in different areas of the poem shows how he struggles to hold on to his love for the city.

Style is given great attention by this poet. His deliberate use of musical method in his writing and performance of the poem shows that he is in love with this place, however in as much as he wants to celebrate through singing we can still feel pain though the nature of the song that the poem brings out as he celebrates his love for the city.

All in or you couldn't ask for more from this point who captures the true essence and feeling for the city he is so much in love with.

I think it brings alive a hope you don't realize you had lost in this town. It's a poetic fist pump in the air for hope,for a "one more time"

I love it . I listened 2 times and I'm about to add it to my playlists everywhere.

Fayaside is one track in Mottanni's 13 track poetry album "darkLight"
Get a copy by clicking the link below
eNow Digital
https://enowdigital.com/downloads/dark-light/

Check him out at
http://mottanni.com